Our youngest volunteer Noah Dann was on hand to record a soundscape when the Farnham Taiko Club came to the Farnham Maltings to perform, as part of the Big Bus Tour for BBC Surrey at the end of May 2018. 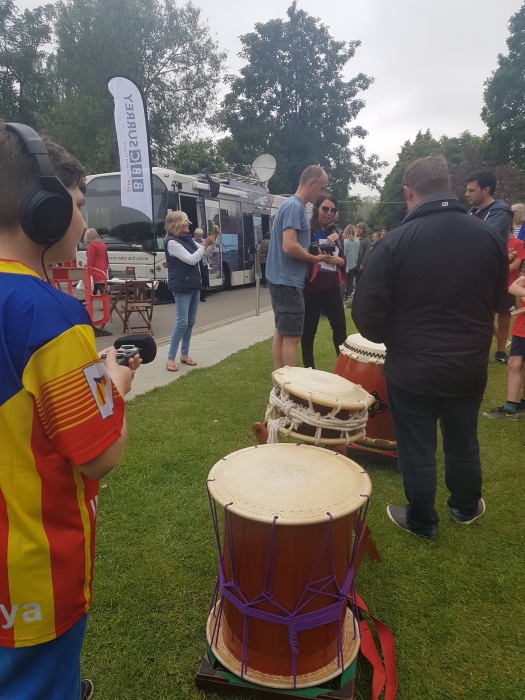 Their teacher, Mark Alcock, who you can hear being interviewed during the podcast, gave us permission to capture the sounds of the drumming, which is described as a musical form  of martial art.  The sounds captivated the assembled crowd – as well as setting off some of the vehicle alarms in the car park.

You can also hear Mark giving some lessons to BBC Surrey presenter Allison Ferns (around 1min 48secs into the podcast), while the full drumming performance begins around 3min 24secs in) – as covered in BBC Surrey’s own Facebook video above.

You can find out more about Taiko more generally at the Taiko Meantime website.