As well as our more regular series, Sound Vault has been home to a number of other shows which we would like to showcase below:

The World of Wonder with Noah Dann:

Welcome to the first episode of the World of Wonder, presented by 11 year old Noah Dann, who was our youngest presenter.  The series aimed to tackle an aspect of politics or new technology from a decidedly young perspective. 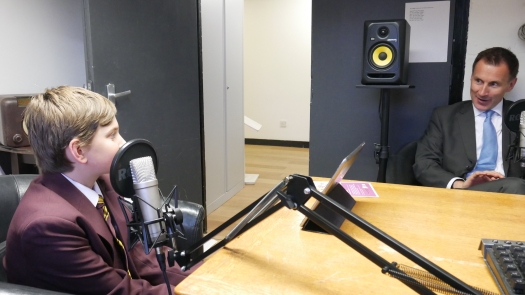 In this opening episode, he aims high and tackles Brexit.  He secured interviews with local Surrey South West MP, Jeremy Hunt, and his opponent at the last General Election from the National Health Action Party, Dr Louise Irvine, who stood on a Progressive Alliance ticket.  They take opposing positions on the choice now facing us. 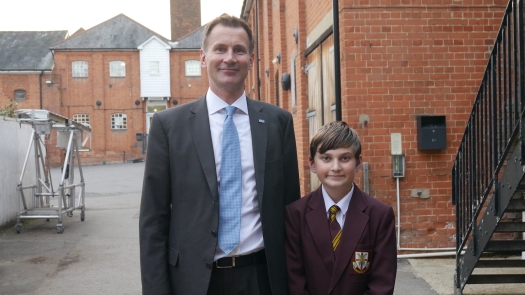 As well as speaking to the politicians, Noah collects ‘vox-pops’ from the people of Farnham, and reflects on what he has heard.

This episode was recorded in the run-up to Christmas 2017.  In the first half, he explores whether flying cars will ever become a reality.  In the second half he explores the topic of Christmas, and asks what people most like about the festive season, including the background behind the NORAD Santa Tracker website. 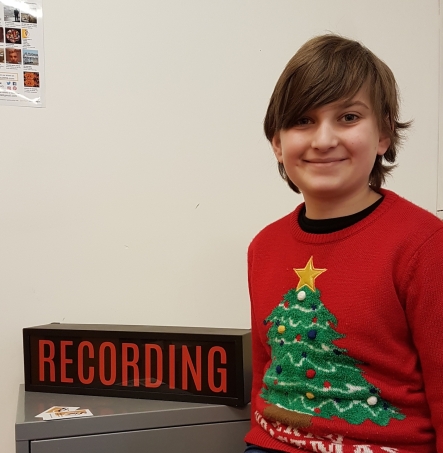 “Deck The Halls Christmas jingle played with bells” c/o ‘Ihaksi‘ using CC0 1.0 via https://freesound.org/people/ihaksi/sounds/411420/ but speeded up especially for this time of year!

Episode 3 of World of Wonder, fronted by Sound Vault’s youngest presenter, 12 year old Noah Dann, is all about ending homelessness. 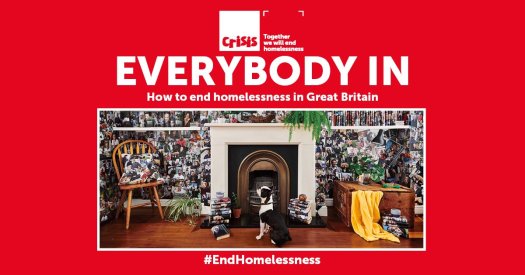 Noah uses the release of a new report by the charity Crisis, called “Everybody In: How to end homelessness in Great Britain” as an opportunity to explore whether the Government is doing enough to tackle the rise in the number of homeless people.

As well as looking at the report itself, Noah speaks to an innovative architect called Graham Brown of Envelope Architects, to look at how building design might help address some of the issues, as well as discussing some of the wider background issues from a different perspective.

Noah also talks to a cross-section of members of the public, for their views on whether the Government is doing enough to end homelessness.  One of the chapters in the report from Crisis is about ‘public attitudes’ – on ‘how we talk about homelessness in a way that deepens public understanding and builds demand for the problem to be solved.

You can find out more about Crisis and their report at their website.

“Big Issue” – homeless man calls out to the passing public to sell the Big Issue newspaper (deleted_user_1116756).  Via FreeSound.Org and CC BY-NC 3.0.

“Busy Street, Pedestrians” – a busy day (CBeeching). Via FreeSound.Org and in Public Domain.

Episode 1 of ‘Sound Vault: Voices‘ captures the Councillors’ Charity Carol Crawl 2017 around the seven pubs of the civic parish of Yateley, in the NE corner of Hampshire, raising money for the Yateley Town Mayor’s Charity for 2017-18, community transport service YelaBus.  For more details, click here.

Episode 02: A Kick In The Family

In a special podcast for World Radio Day 2018, children’s storyteller Gilly Stewart discovers the part that football has played in her own family’s cultural heritage when she tells the story of making the difficult decision to track down her birth family in the 1980s, only to discover her paternal grandfather, Tom Perry (and two of his brothers) played for West Bromwich Albion in the 1890s.  For more details, click here.

In a special podcast for World Radio Day 2018, sixth form studentMichael Chacko reflects on the importance of sport to our cultural and civic life by sharing the story of why he and a group of friends decided to launch – and how they won – the campaign for a basketball court in their local community in Yateley, Hampshire.  For more details, click here.

In a special podcast for World Radio Day 2018 called Fan’s Eye Radio, Kevin Rye takes a look at the exponential growth in fan-driven radio and podcasting at a more grassroots level in football.  For more details, click here.

In this episode of Sound Vault: Voices, Dr David Lister explains what has led him to seek support for a new stained glass window for St. Mary’s Church in Eversley, Hampshire, the design of which he has personally conceived. A fascinating insight into an often overlooked subject.  For more details, click here.

In this episode of the Sound Vault: Voices podcast, we feature Karen, whose day job is as a barber, but who in her spare time, is a ‘spirit rescuer‘.  For more details, click here.

In this episode of the Sound Vault: Voices podcast, we join residents of the civil parish of Yateley in north-east Hampshire, as they revive the ancient custom of “Beating The Bounds” of the parish.  For more details, click here.

In this episode of the Sound Vault: Voices podcast, the chief reporter of the Farnham Herald, Daniel Gee captures the atmosphere at the count for a local council by-election.  For more details, click here.

Our youngest volunteer Noah Dann was on hand to record a soundscape when the Farnham Taiko Club came to the Farnham Maltings to perform, as part of the Big Bus Tour for BBC Surrey at the end of May 2018.  For more details, click here.

Episode 10: “Handsome” – Siblings with Down Syndrome

Nick Bourne is an actor and support worker for adults with special needs.  He lives with his brother Alex in Farnham.  Alex is 23, is a student, and has Down Syndrome. When Sound Vault heard they were running a crowd-funding campaign to fund a feature film called “Handsome” about siblings living with Down Syndrome, we just had to find out more – and record a podcast with them.  For more details, click here.

Ex Hebridius is the result of an anxious developing writer (Alasdair S. Goudie) attempting to process the tumultuous period of his recent life by fleeing back to the small Hebridean island he grew up on and writing numerous poems and short pieces about it.

The pieces contained within each episode reflect aspects of the island, or, indeed, of modern existence, that he has felt the need to jot down; not only will this cover poetry, but likely short stories, drama scripts, and even extracts of larger works he’ll write down in-between his long periods of guiltful shame he experiences as a result of not writing anything. The shows itself has two central components- the reading of his recent works, and his discussions of their content, themes, and background in creation.

The three poems in this episode are called “Gloomful“; “Island Christmas“, and “Man Is As Island Does“.  He uses the episode to talk about the inspiration behind all three – loneliness and re-emerging depression, and their impact on productivity.

Music credit (Intro and Outro): Antonin Dvorak Symphony No. 9, 1893; with thanks to Paco Chilito, via Archive.org With thanks.

MXCast is the audio documentation of somebody’s transition from AFAB (assigned female at birth) to a body more suited to their needs.  In the podcast, Katy Garnham addresses the ‘coming out story’ – the first (and last’ person they came out to at the age of 14 years old was their Mum.  Katy was not prepared for the loss of control over how the ‘coming out’ was handled.  Katy had no control over who was told – Mum seemed to tell everyone, leaving Katy to deal with the consequences, and never quite recovering from it.  That was sexuality.  Katy did have to come out all over again, this time over the question of gender, and this time it was with their father.

Katy provides powerful, and personal testimony of the journey they have taken since first ‘coming out’ at the age of 14 years old to their Mum. 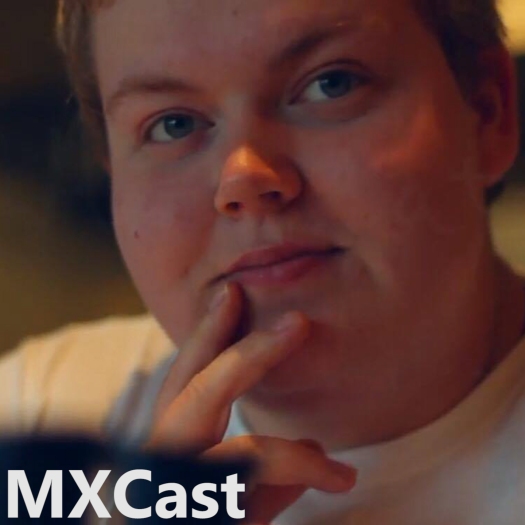 The Resonance: Museum of Sound podcast was inspired by the exhibition held at the Museum of Farnham until late January, 2018.

The exhibition introduced visitors to the world of sound, exploring everything from gramophones to radios, violins to trumpets, and how sound has featured in Farnham’s history. More here in the local Farnham Herald.

It also featured the loan of an Indian Narsinga from the Horniman Museum and Gardens as part of its Object in Focus loan programme.

This podcast featured an interview with assistant curator Emma Sutcliffe, a short tour of the exhibition – and a few of those sounds.