Mixed Bag with Mark Sumner is a soul/jazz/fusion music show presented by bricklaying vinyl collector from Upper Hale.  Before working with Sound Vault, Mark had never used a computer, and his show is an example of the project’s commitment to ‘digital literacy’. 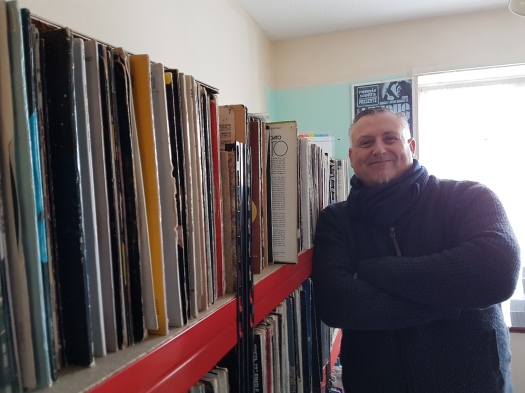 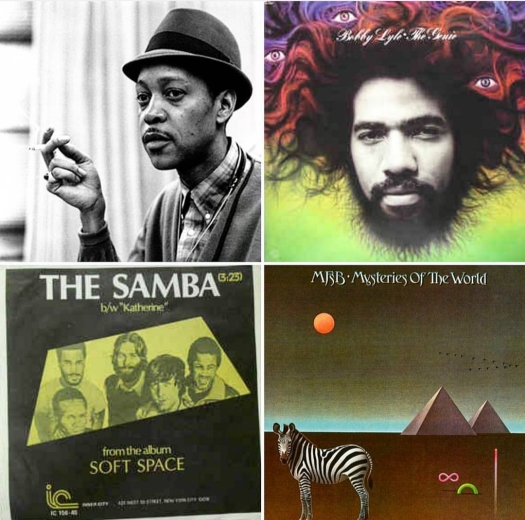 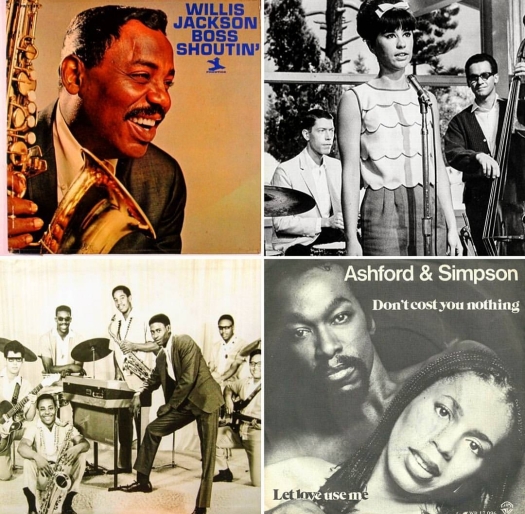 This episode is a Brazilian special, featuring some Samba and Hard Bossa infused soul and jazz, including rare tracks from the likes of Nancy Ames, Luiz Carlos Vinhas, Dom Um Romao and Tamba 4. 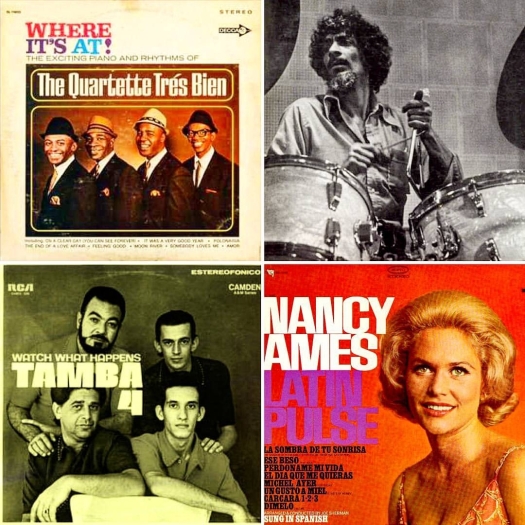 This episode has a particular jazz-tinge to it, with tracks from Art Blakey, Earl Grant, Soho, Gene Ammons, Gang Starr, Dandy’s Dandy, The Nite Liters, and Cameo.

A pop-tinged episode of the show, featuring rare treats from the likes of The Carpenters, Liza Minnelli, Andy Williams, Shirley Bassey – and Peters & Lee (!!!).  Enjoy! 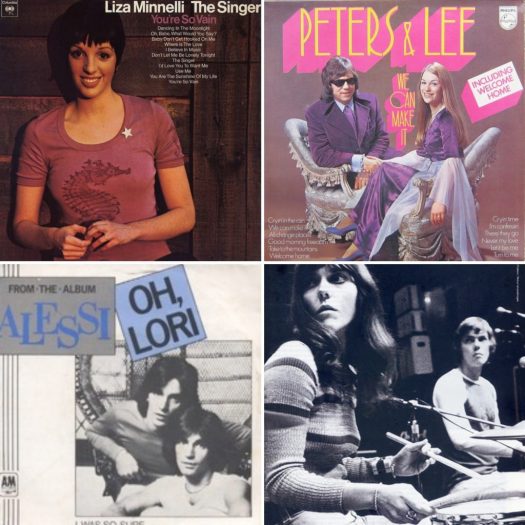 This week’s show features tracks from the likes of Jon Lucien, VanMcCoy, The Blackbyrds, and Judy Roberts. 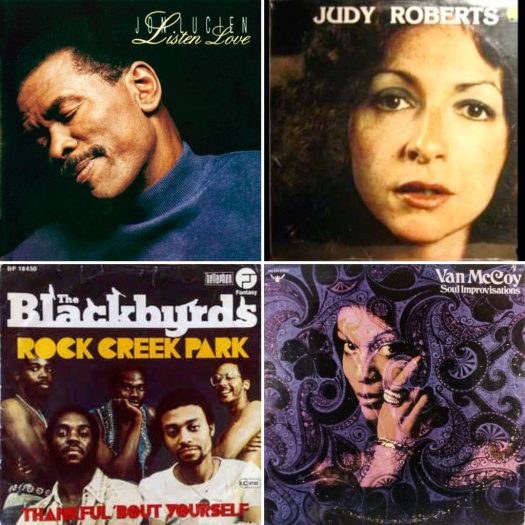 Mark’s trip through some of the rarer reaches of his soul/jazz/funk vinyl collection this week elicits tracks from the likes of Hiroshi Fukumura; the AB’s; Pacific Jam; Terumasa Hino; Ryo Kawasaki, and United Future Organization.

Tracks in this episode from the likes of Crown Heights Affair, Kathryn Moses, Brass Construction and Clare Fischer, not to mention Airto Moreira, Raices, and Michel Legrand.  Enjoy! 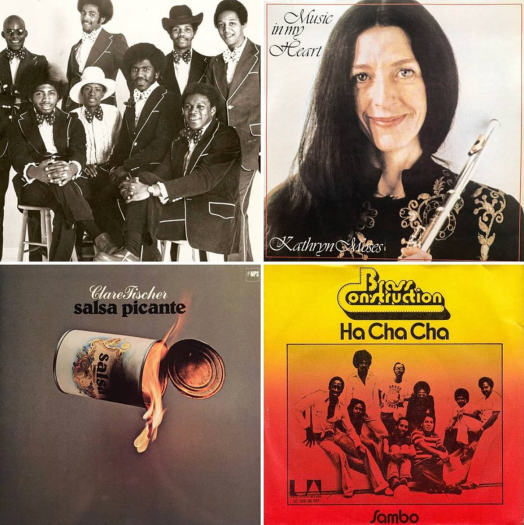 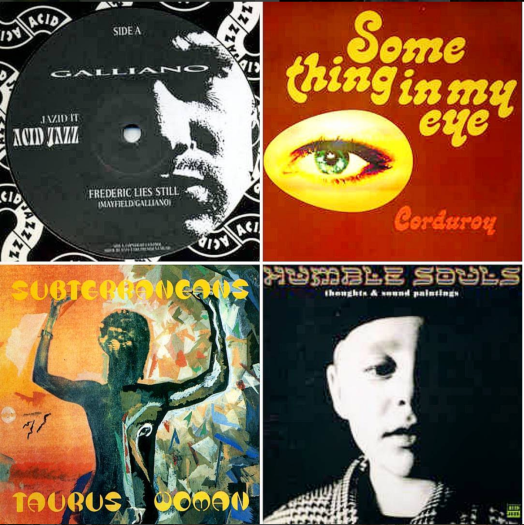 When this show went out, it was the last edition in 2017, going out just before Christmas.  Listen out for tracks from Hudson People, the Ivan Chandler Quartet, Miles Davis, Roy Ayers, Dexter Wansel and Ingram. 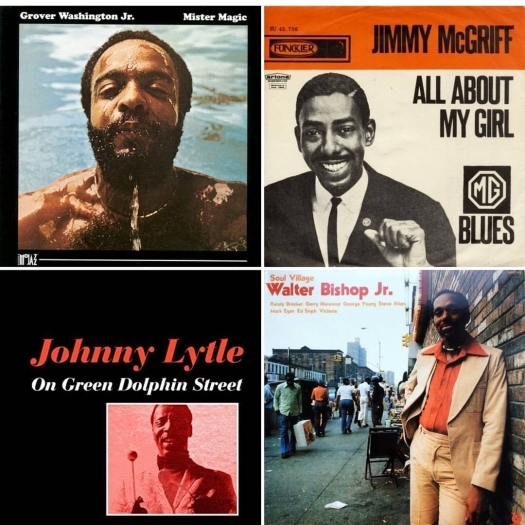 This episode features tracks from the likes of Wayne Henderson, Jimmy Owens, the Janet Lawson Quintet, and Phylis Hyman. 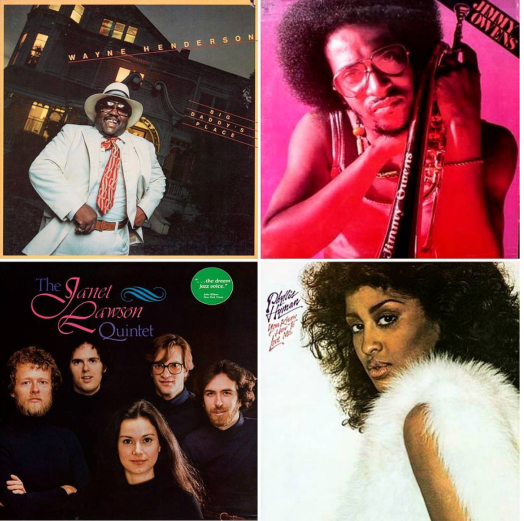 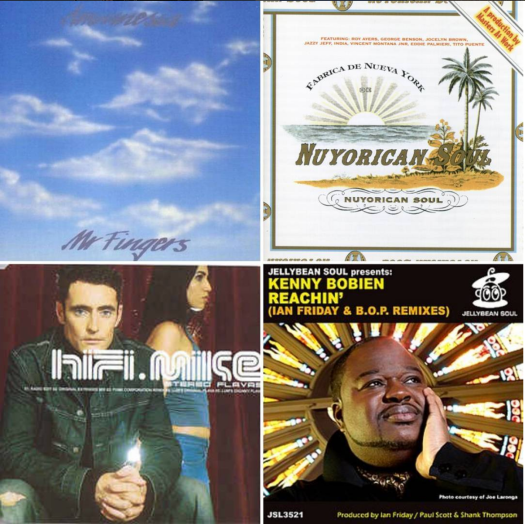 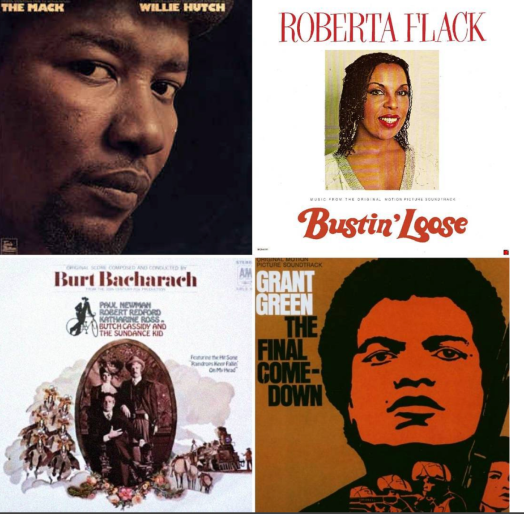 The show was originally posted following the recent death of Hugh Masekela, show, so was intended to honour the great man, as well as some of the music of these genres from the continent.  As well as Hugh Masekela, the show features tracks from the likes of Letta Mbulu, Manu Dibango and Fela Kuti, as well as Oneness Of Juju, Lafayette Afro Rock Band, and Matata. 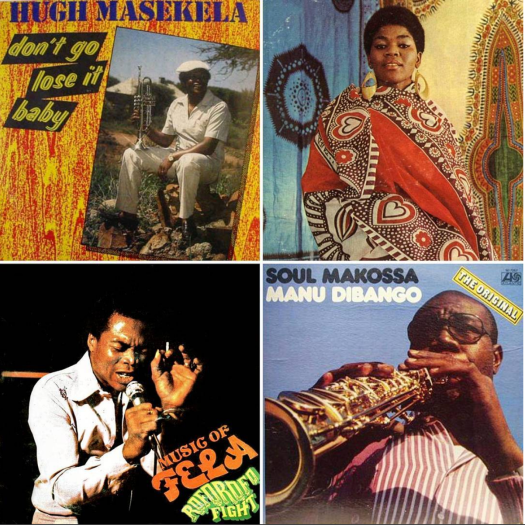 With more than a tinge of jazz than most of the other editions of the show, this episode features tracks from Pharoah Sanders, Willie Bobo, Patsy Gallant and Manfredo Fest, plus Sivuca, and Deodata. 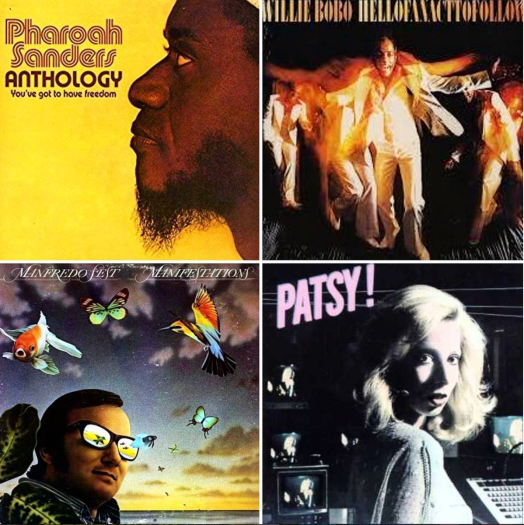 An uplifting, gospel-tinged episode of the show.  Expect tracks from the likes of Kent Schneider, Mary Lou Williams, The Rance Allen Group and Kim Weston, plus The Edwin Hawkins Singers, Terry Callier, Roy Ayers Ubiquity – and a special rendition of The Addict’s Psalm.  Oh Happy Day! 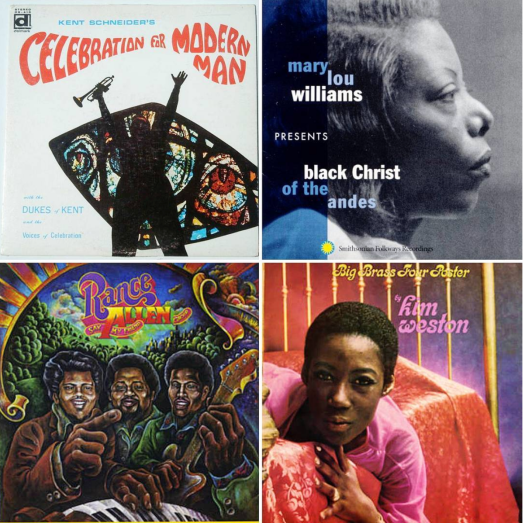 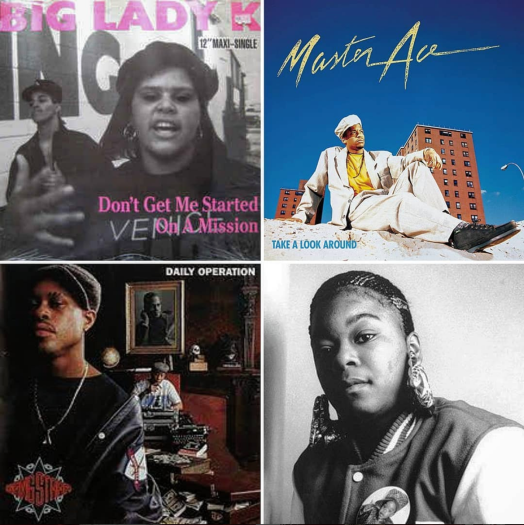 A new feature to the show is introduced to the show. In particular episodes, Mark will select a letter of the alphabet at random from the ‘Mixed Bag’ of letters, and play tracks only from soul, jazz and fusion solo artists and groups whose name begins with that letter.  Because it is the first time he has played this feature, today’s show is brought to you by the letter “A“.  Expect tracks from Azymuth; Vicki Anderson; her daughter, Carleen Anderson; and the Average White Band, plus Roy Ayers; Animal Nightlife; Brian Auger’s Oblivion Express, and Herb Alpert & The Tijuana Brass. 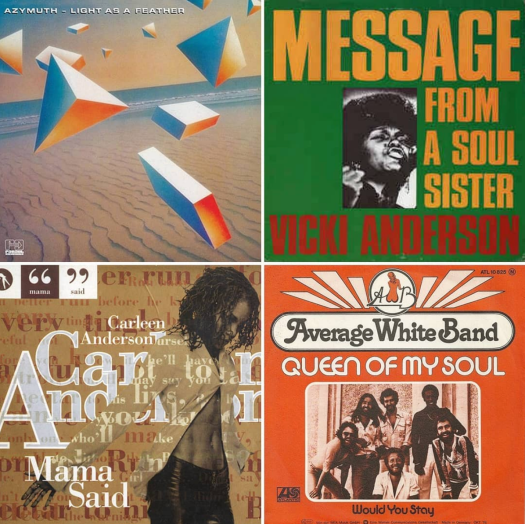 Episode 21 of Mixed Bag with Mark Sumner finds Mark selecting the best of British of Jazz/Funk artists and groups from amongst his vinyl collection from between 1974 and 1983.  Expect to hear the likes of Freez, Light of the World, Linx and David Joseph, plus Hi-Tension, Incognito, Morrissey/Mullen, the Average White Band, and F.B.I. 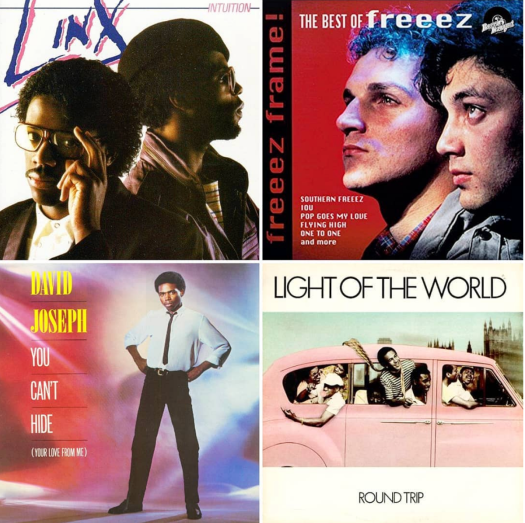 Episode 22 of Mixed Bag with Mark Sumner finds Mark selecting what he considers to be some of the finest original tracks to be featured on the much sought after “London Jazz Classics” compilation albums Vols. 1, 2 & 3, compiled by the iconic Soul Jazz Records label. 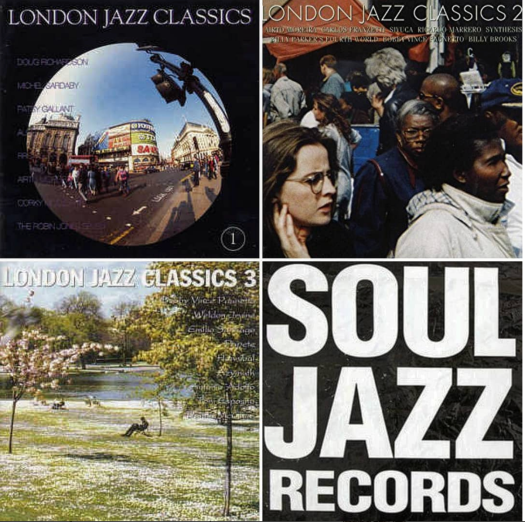 In this Latin Jazz, Soul and Boogaloo special, you can expect to hear tracks from the likes of Vladimir and His Orchestra; Joe Bataan; Moguito Santamaria; Ray Baretto; Chollo Rivera and The Latin Soul Drives; Bobby Paunettto; Eddie Palmieri; Tito Puente; the Fania All Stars, and Cal Tjander. 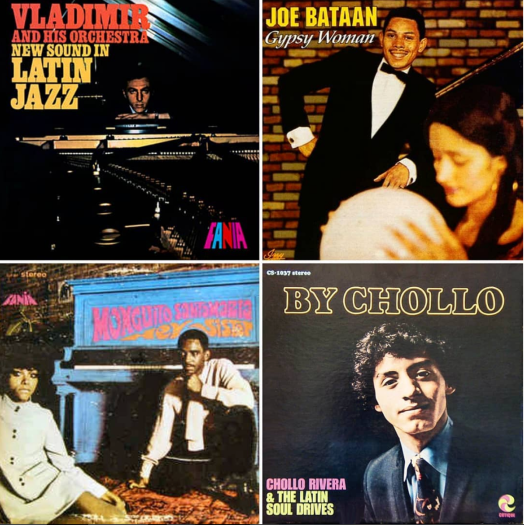 It promises to be quite a show, so make sure you are well turned out for your listening pleasure.  This week’s tracks might provoke some moves!

In this episode, expect to hear tracks from the likes of Kenny Dorham, Lonnie Smith, John Klemmer and Tania Maria, plus Jack McDuff, and John Handy. 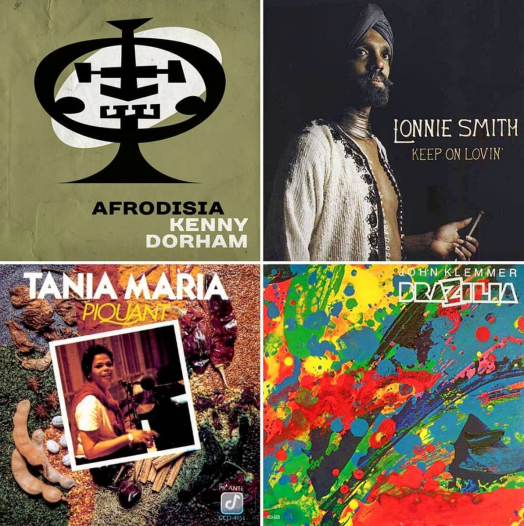 Episode 25 has a special focus on female jazz singers. 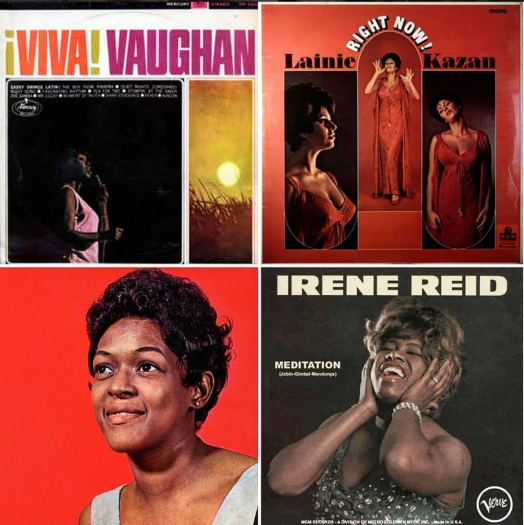 Join Mark for some powerful performances.

A special focus on tracks from the Year 2000 and up to the present day.

Expect tracks from Angie Stone, Swing Out Sister, Masters At Work ft Billie, and Sharon Jones And The Dap-Kings – plus Mario Biondi, The Rebirth, Incognito – and with the weather on the turn for the bank holiday weekend, Mark couldn’t resist a tune from Pharrell Williams. Enjoy! 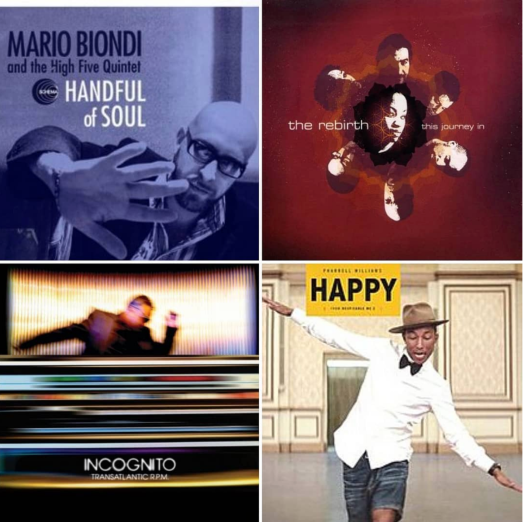 In this episode entitled “Swirling Strings and Things – 70s Soul”, expect tracks from The Dells; Love Unlimited; Zulema; and The Main Ingredient – plus Roberta Flack and Donny Hathaway; The Delfonics; Leroy Hutson; The Love Unlimited Orchestra; Faze-O; and Michael Jackson. 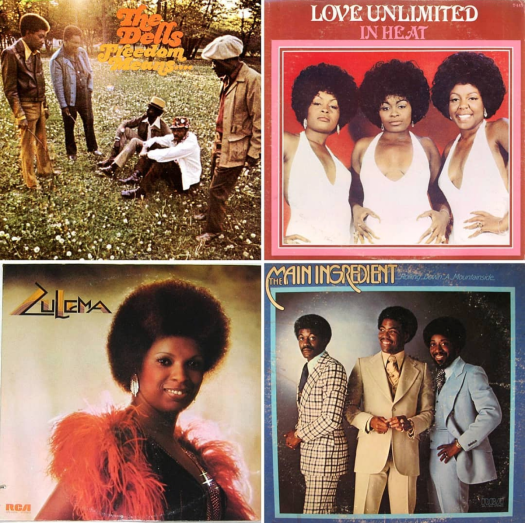 This episode focuses on the theme of tracks recorded in front of a live audience.  You can expect to hear tracks from Lou Rawls, Charles Earland, Donny Hathaway, and Kool and the Gang, plus Al Jarreau, James Brown, Sergio Mendes & Brasil 77, and John Heartsman.

This episode focuses on the theme of European jazz, fusion and Brazilian beats. 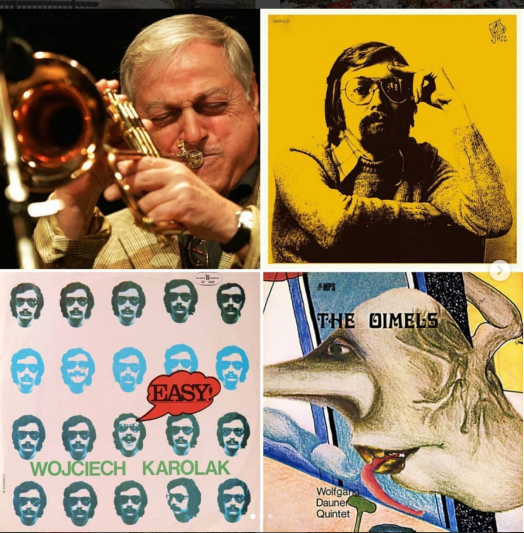 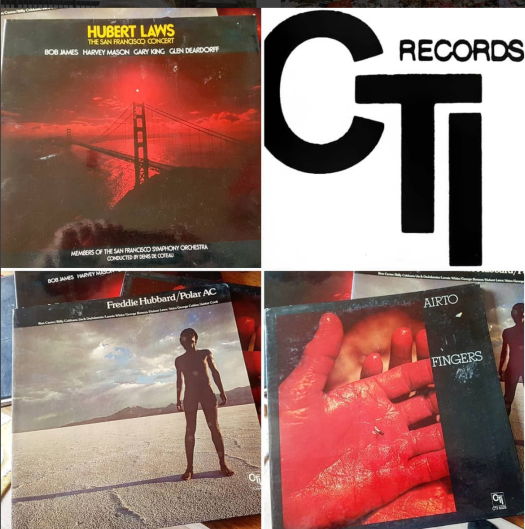 The label is remembered by many as much for its sleeve artwork as it is for its music.  Mark is a big fan of both.